The visual highlights figures on different topics and paints an extremely worrying picture. 70% of both Syrian refugee and host communities report not having received any form of aid since January 2020. 79% of Syrians were not vaccinated. As a result, communities are planning to relocate, with 3% planning to go back to Syria. 76% of Syrians think that there is an increasing pressure for them to leave Lebanon. Of the Syrians that RPW has spoken to, 82% is registered with UNHCR. 31% applied for resettlement and has been rejected. 1% (2 people) have been accepted and are awaiting departure.

As resettlement is often not a viable option for most Syrians, some decide to risk returning to Syria. However, RPW’s conversation with Syrians in Lebanon indicates that this return is not sustainable. 45% of people RPWasked, knows someone who re-returned to Lebanon after returning to Syria.

The Refugee Protection Watch (RPW) Coalition – an initiative between Basmeh and Zeitooneh, ALEF Act for Human Rights, PAX, 11.11.11. and Upinion – undertakes research and advocacy on protection issues facing Syrian refugees in Lebanon and the conditions for safe, voluntary, dignified and informed return inside Syria. Currently, our research efforts in both Syria and Lebanon are ongoing. In November 2021, a comprehensive report will come out on protection and return issues facing Syrians in Lebanon. 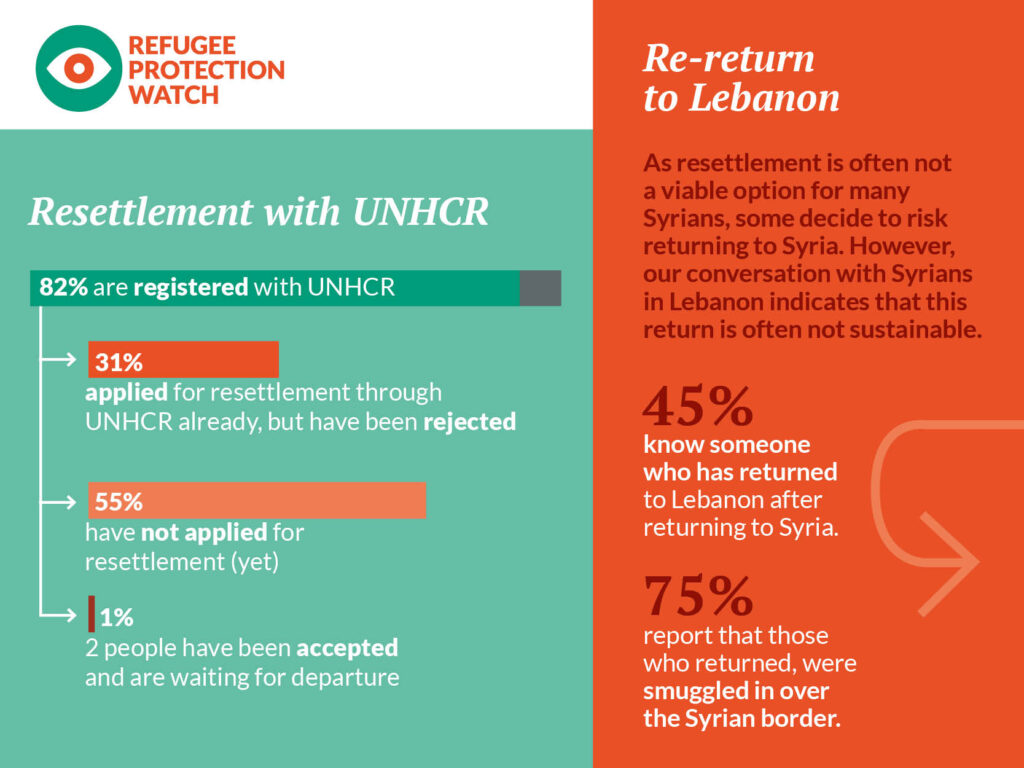 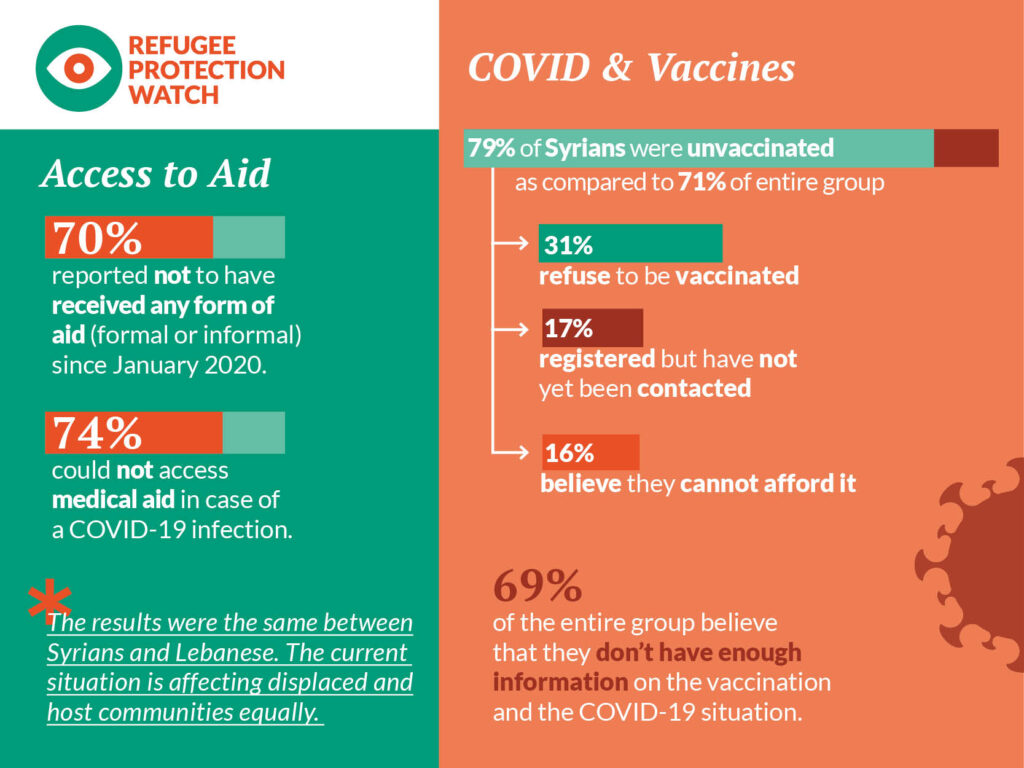